It is a simple example that shows a way to use your smartphone as a remote control via Bluetooth. In order to follow the steps presented here, I am assuming that you have some knowledge in development for mobile devices. Also, you will need to be familiar with the Javascript programming language.

This project can be freely distributed using the MIT Free Software model.

The video below shows you this project working.

This example uses an old iPhone 5C. However, you can use your current iOs or Android device to run it. Thanks to Cordova development environment, you can do it with no code changes.

The screenshot below shows the mobile application interface. 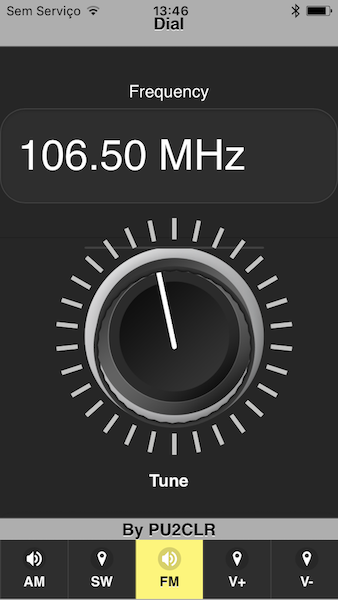 The Bluetooth 4.0 used here is the HM10 (TinySine). It is very similar to the famous HC-05. The photos below show the HM10 Bluetooth. This kind of Bluetooth works well on iOs and Android based device. You also can use the HC-05 Bluetooth device. However, the HC-05 will not work on iOS devices.

The Arduino sketch of this example uses the SoftwareSerial library. You have to download and install this library on your Arduino enviroment.

The photos below show the Arduino, SI4735 and the Bluetooth devices connections. 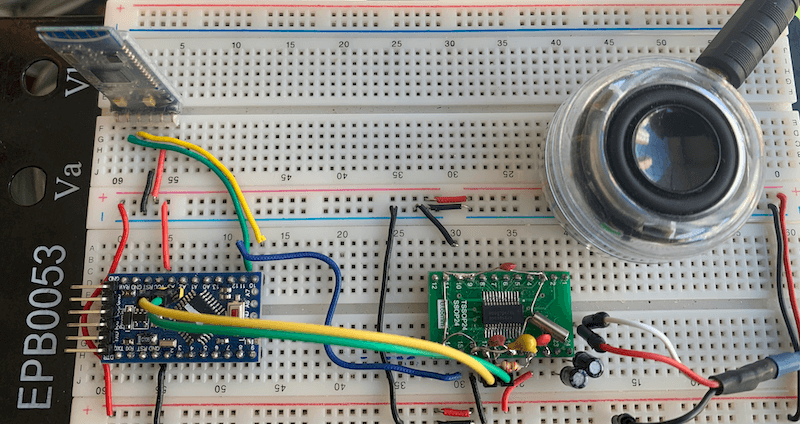 The photo below shows a homebrew version of the SI4735-D60 citcuit with all basic components connected on a SSOP24 board adapter. You need 3 wires to connect the Arduino to the Si4735 board (SDIO, SCLK and RESET). You also can use the Arduino board to power the homebrew SI4745 shield. 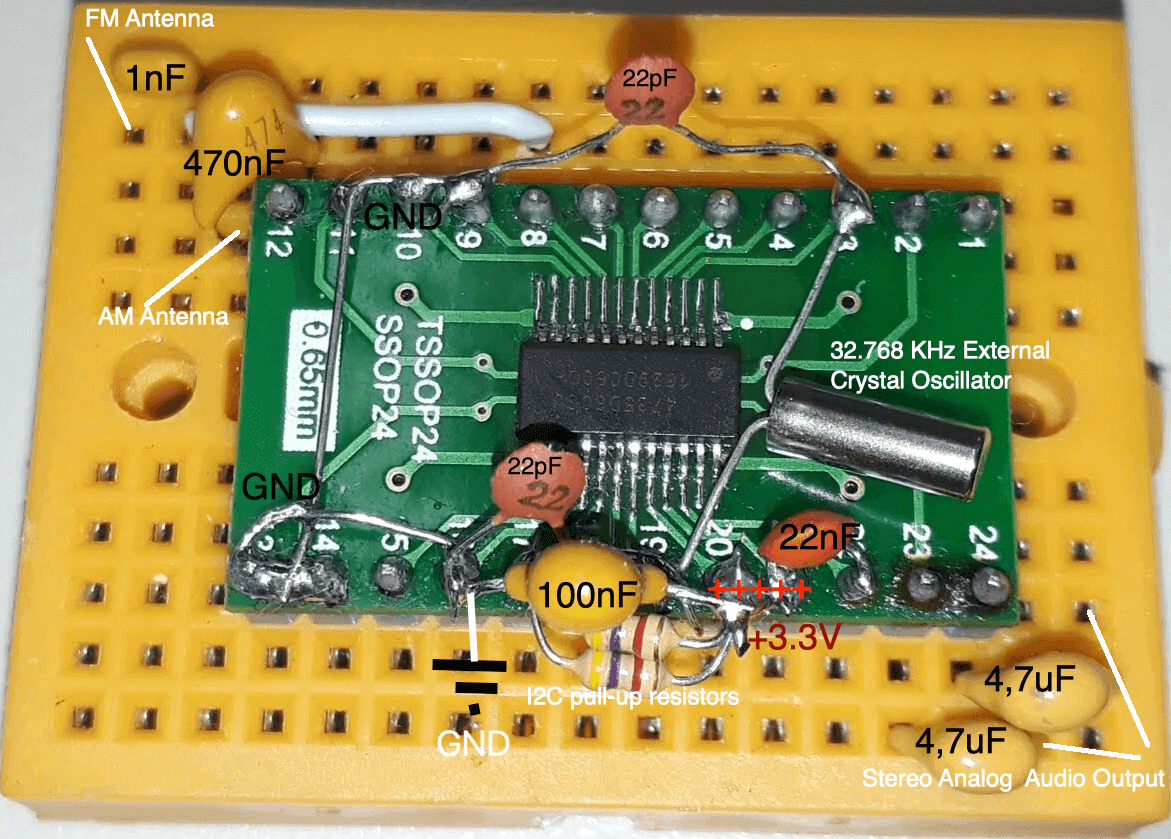 The tables below show the wire and pin connections between the Arduino Board and SI4735 and Bluetooth shields.

The schematic below shows a very simple Arduino, SI4735 and Bluetooth shield setup. 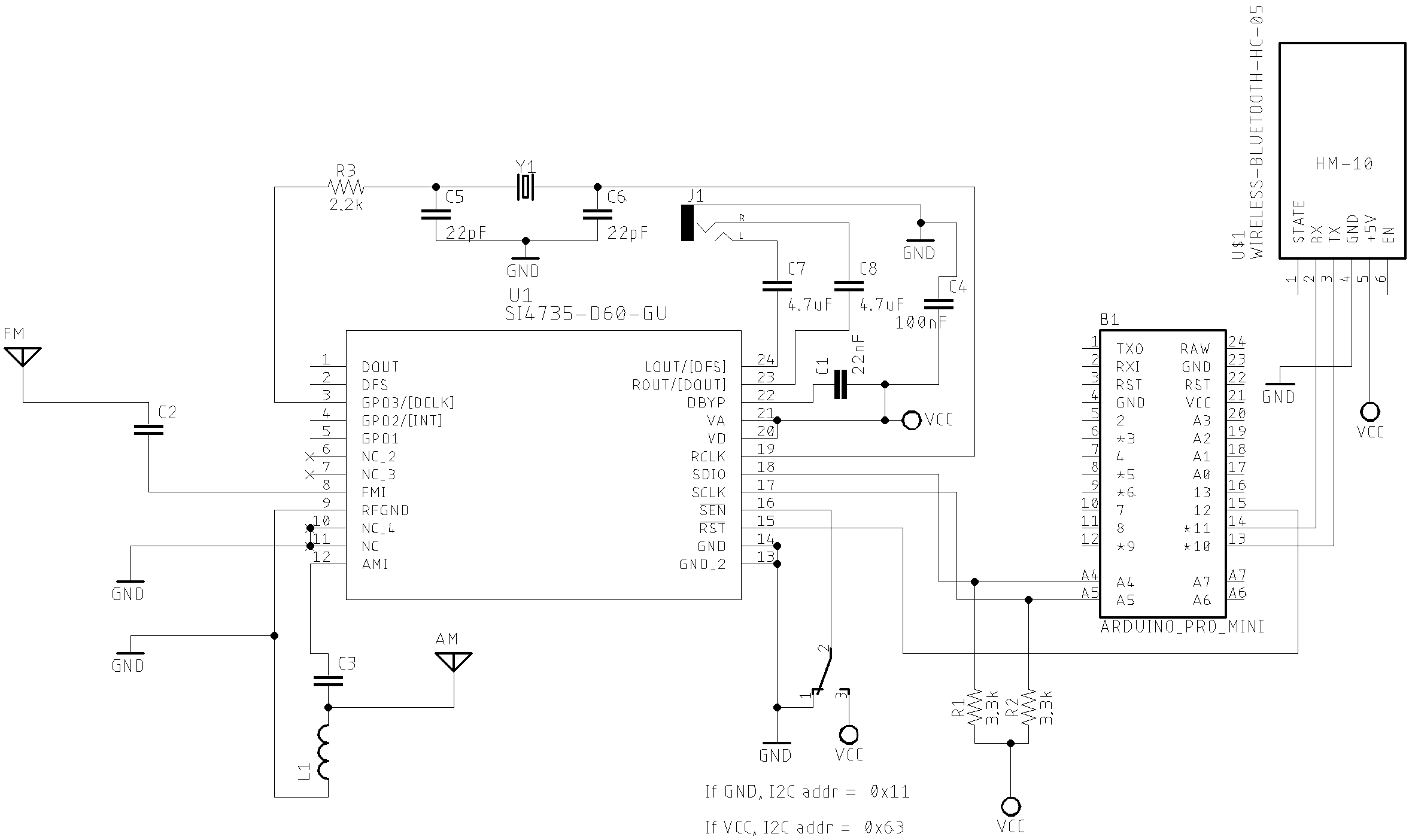 You can use the HC-05 or HC-07 Bluetooth devices instead HM10 on Android based mobile devices. However, these devices will not work on iOS devices.

Copy this example folder to a local folder and follow the steps bellow.

For Android, is recommended to install Android Studio on your computer to compile and deploy this application.

For iOS (iPhone or iPad), is recommended to install Xcode on your Mac computer to compile and deploy this application.

Compile and run the application