It is an Arduino Library for Si4701/02/03 FM tuner. This Silicon Labs device family integrates the complete functionalities for FM receivers, including RDS (Si4703). You can compile and run this library on most of board available on Arduino IDE (Examples: ATtiny85, boards based on ATmega328 and ATmega-32u4, ATmega2560, ARM Cortex, STM32, Arduino DUE, ESP32 and more).

This library can be freely distributed using the MIT Free Software model.

This project is about an Arduino library for the SI470X device. The communication protocol used by this library is the I²C. This library can be freely distributed using the MIT Free Software model. The SI470X is a FM DSP receiver from Silicon Labs with RDS/RBDS support. This document is aimed at the Arduino developers, radio experimenters, hobbyists and anyone interested in building a receiver based on the Si470X and will show you Arduino source codes, schematics, examples and tips to help you to build a receiver based on Arduino board and the SI470X devices.

I think the best way to start a project based on this device is to acquire a breakout board like the one shown in the following figure. 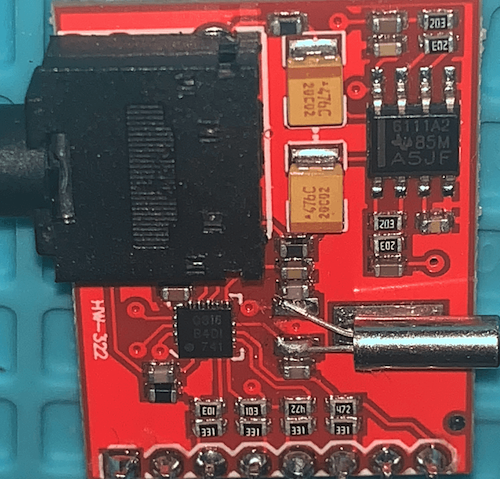 The board above or similar can be found on Sparkfun, eBay and Aliexpress. Also, there is the Si4703 Evaluation Kit from Silicon Labs.

I would like to thank Mr. Libor Tomsik for correction on RDS issues.

This library uses the I²C communication protocol and implements most of the functions offered by Si470X (SI4701/02/03) IC family from Silicon Labs. This library also has primitive functions that make it easier for you to implement commands that may not have been implemented yet. See setAllRegisters, getAllRegisters, getStatus functions. It is worth noting, however, that this library is constantly improving. Check the API documentation before implementing a new function. It is likely that your demand is already implemented. The main features of this library are listed below.

The easiest method to install this library is via your Arduino IDE. All you have to do is:

The video below shows how you can install this library via your Arduino IDE from Manage Libraries tool.

Installing via the repository

With this approach, you will have the most current version of the library. However, it may not be the most stable version. This is because the current version is always in development. Prefer releases. Do you need some old version (release) of this library? If yes, check here.

First, you have to download this library in zip format.
After, unzip the SI470X-master.zip file in your Arduino Library folder.

The SI4701/02/03 can be controlled by deal with register via I2C interface. The tebla below was extracted from Silicon Labs; document Si4702/03-C19 - “BROADCAST FM RADIO TUNER FOR PORTABLE APPLICATIONS”; Rev 1.1; page 22. This table shows the set of register that you can used to controle the device. 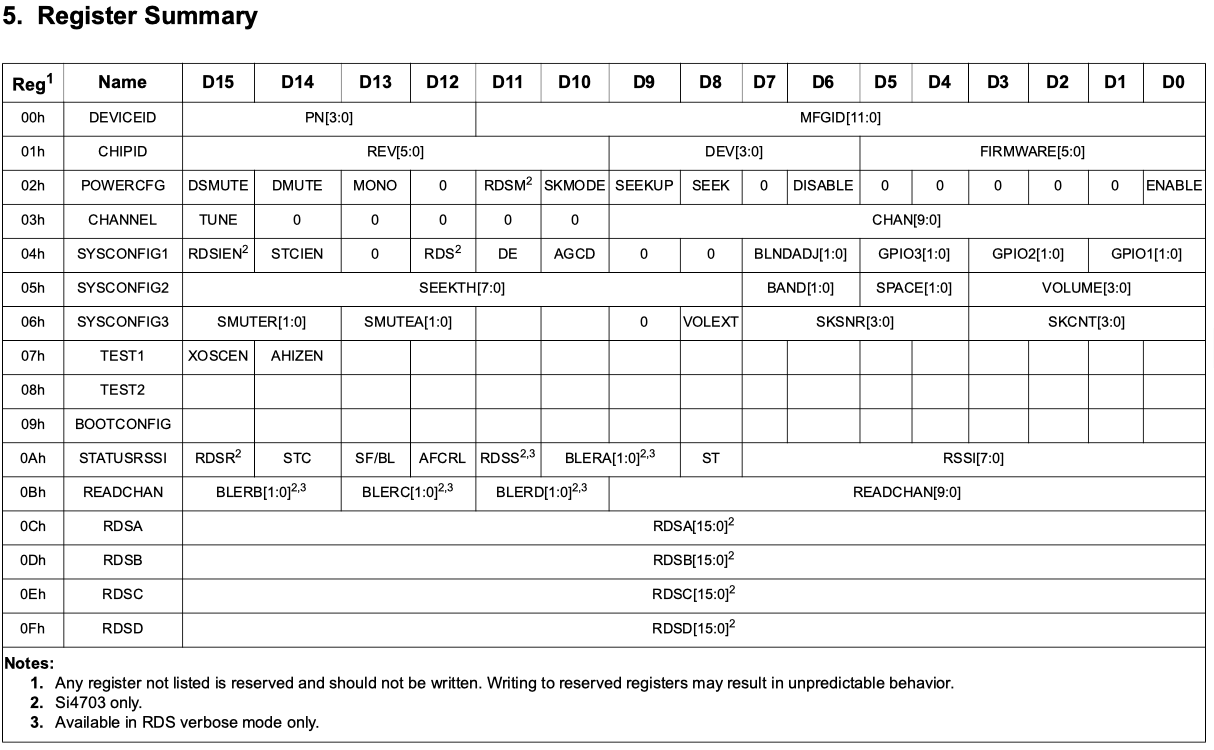 Except that you need something very specific, the PU2CLR SI470X Arduino Library offers all the functions necessary for you to build your own FM receiver using an Arduino Board. If you need something else, this library implemented some basic functions to deal direct with the device registers shown above. See getShadownRegister, setShadownRegister, setAllRegisters, getAllRegisters and getStatus functions on https://pu2clr.github.io/SI470X/extras/apidoc/html/.

As previously reported, in general, the SI4703 device is already sold in kit or breakout board format. So, the circuit below can help you to connect the arduino to the shield. In this case, you will not need the crystal, pull up resistors, capacitors and audio jack output. Also, the labels will guide you. The table bellow shows the connections. 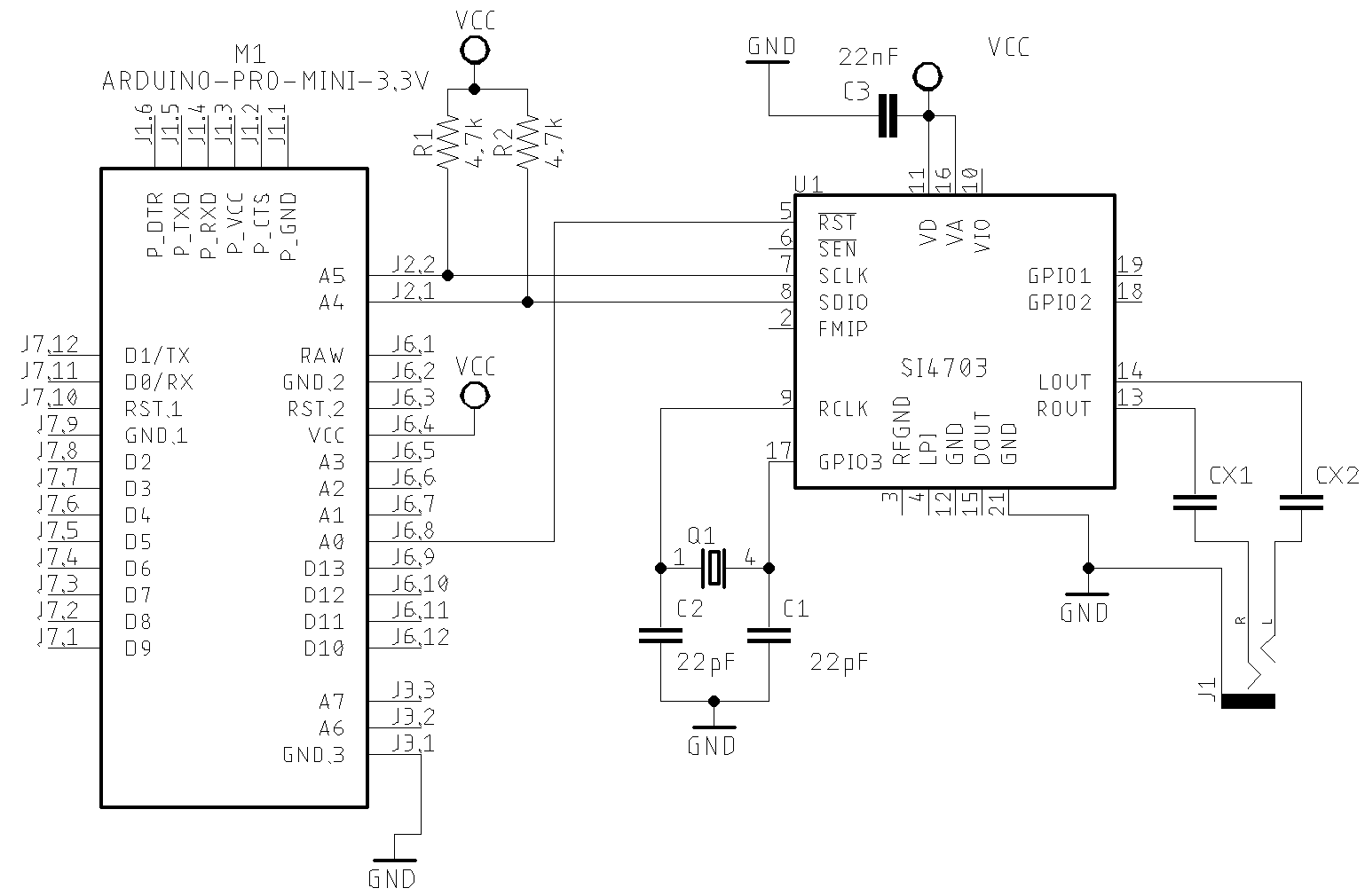 Wire up on Arduino UNO, Pro mini or other based on ATmega 328. 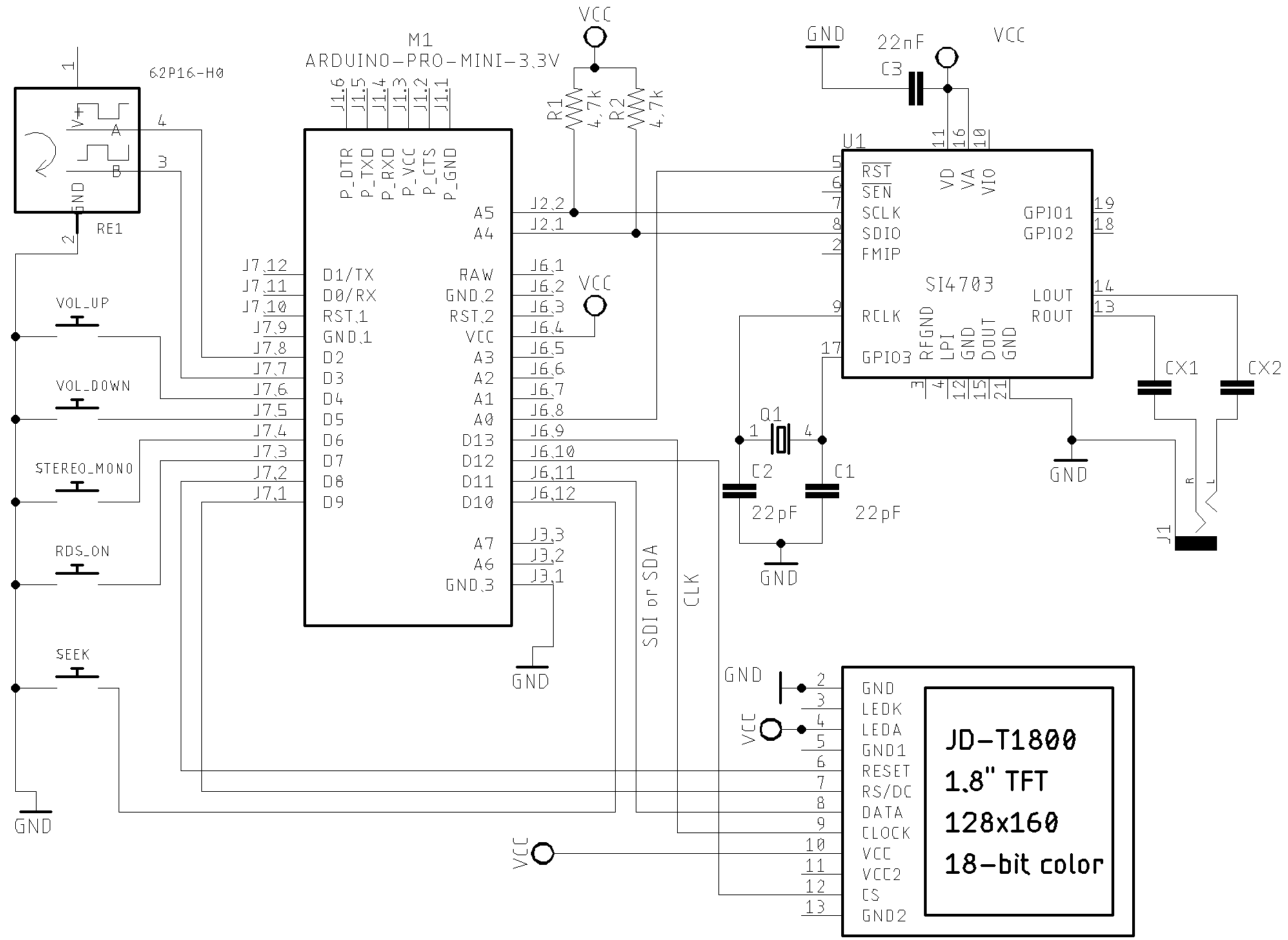 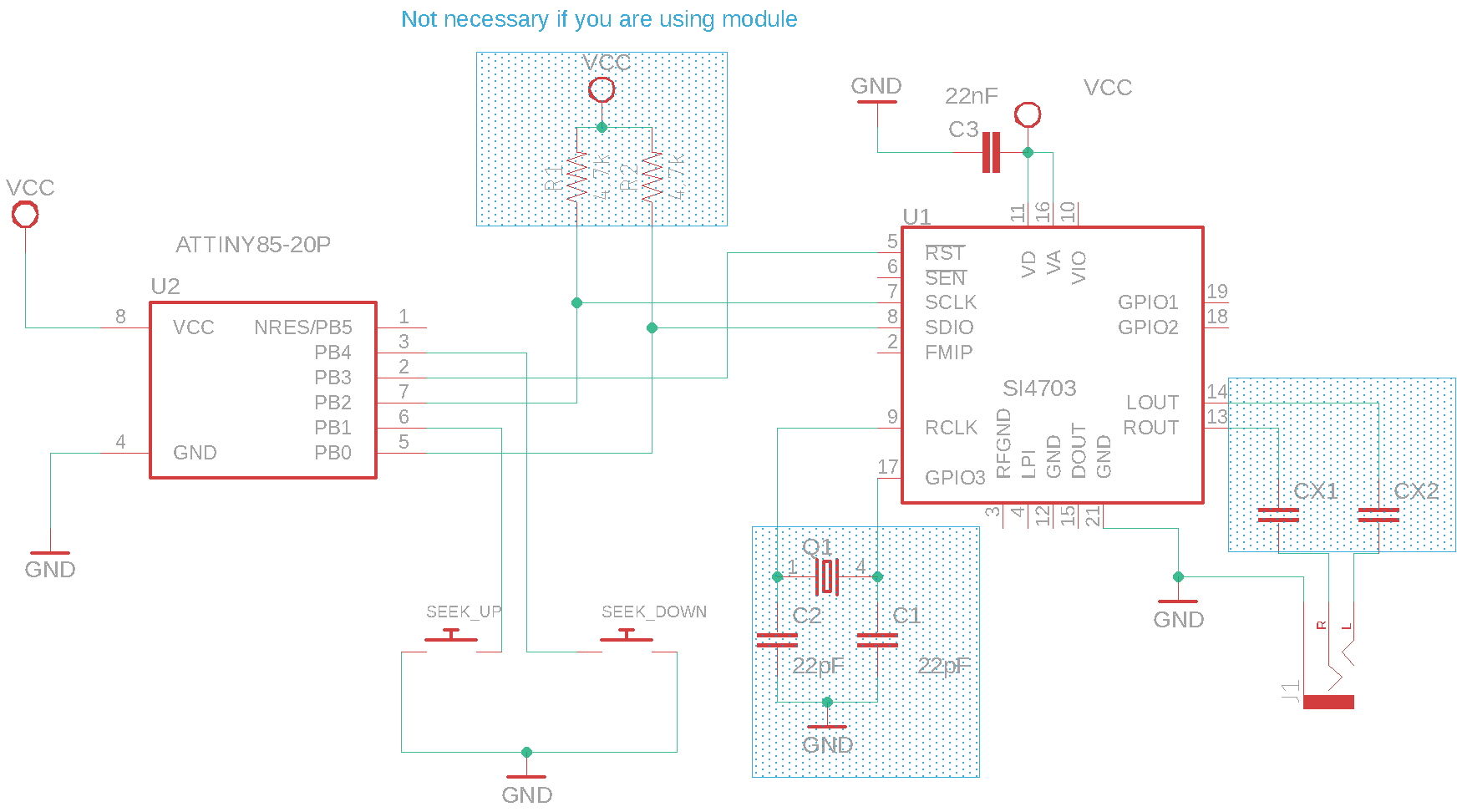