It is an Arduino Library to control the PCF8574 8-Bit I/O Expander.

The PCF8574 device provides 8-bit, general purpose, parallel I/O expansion. It can be controlled via I²C bus applications. It is a great and inexpensive device that allow you to add more peripherals to be controlled by your Arduino board via I²C protocol.

Some Arduino projects may require more pins than the Arduino actually has. In these cases, you can use up to 8 PCF8574 devices using only the I²C bus (two Arduino pins) and add up to 64 input / output ports to your project.

This Arduino implements the most important functions available on PCF8574 device and can be freely distributed using the MIT Free Software model. See NXP Semiconductors datasheet - PCF8574; PCF8574A - Remote 8-bit I/O expander for I2C-bus with interrupt for more information about the PCF8574 device.

This library uses the I²C communication protocol and implements most important functions offered by PCF8574 device from MicroChip. It also has primitive functions that make it easier to implement commands that may not have been implemented yet. The main features implemented can be seen below:

You can install this library on your Arduino environment using different methods. The best ways to do that are described below.

This is the easiest method to install this library.

Installing via this repository

First, you have to download this library in zip format. After, unzip the PCF8574-master.zip file in your Arduino Library folder.

With that approach, you will have the most current version of the library. However, it may not be the most stable version. This is because the current version is always in development. Prefer releases. Do you need some old version (release) of this library? If yes, check here.

Other Arduino Libraries developed by the Author

The table below shows the pin descriptions used by DIP16, SO16 and SSOP20

The image below shows a basic PCF8574 application with LEDs and Buttons. You can control up to 8 LEDs or 8 buttons or a mix of them with this device. The I²C bus address is set to 0x20. You can select another I²C address by dealing with the A0,A1 and A2 pins (from 0x20 to 0x27). This circuit uses two LEDs connected to the ports P0 and P1 and the buttons connected to the port P4 to P7. All examples sketch use this setup. 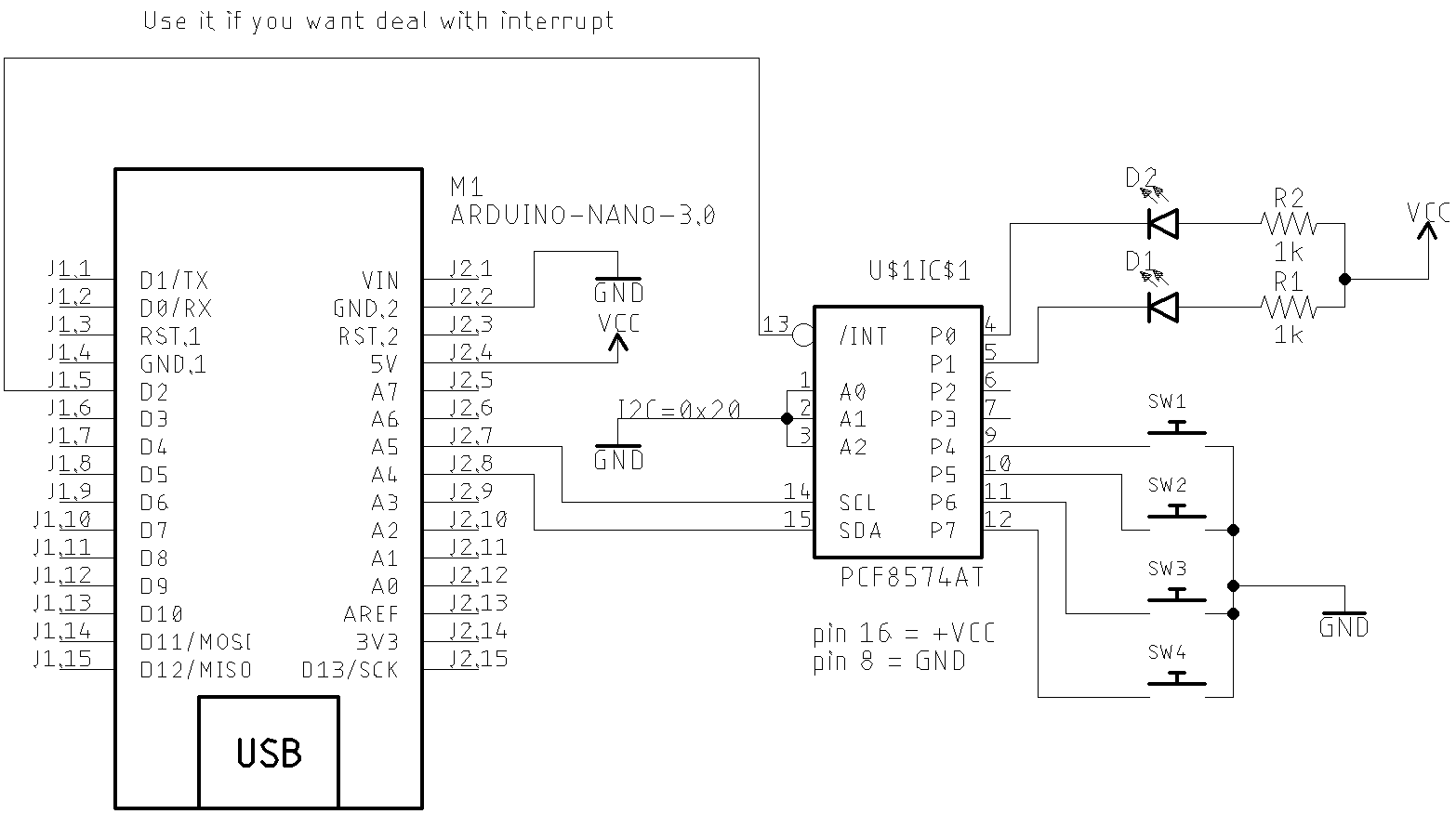 You may need to use external pull up or pull down resistors when you are using the ports as input to avoid unwanted voltage floating.

The prototype below implements the circuit above. 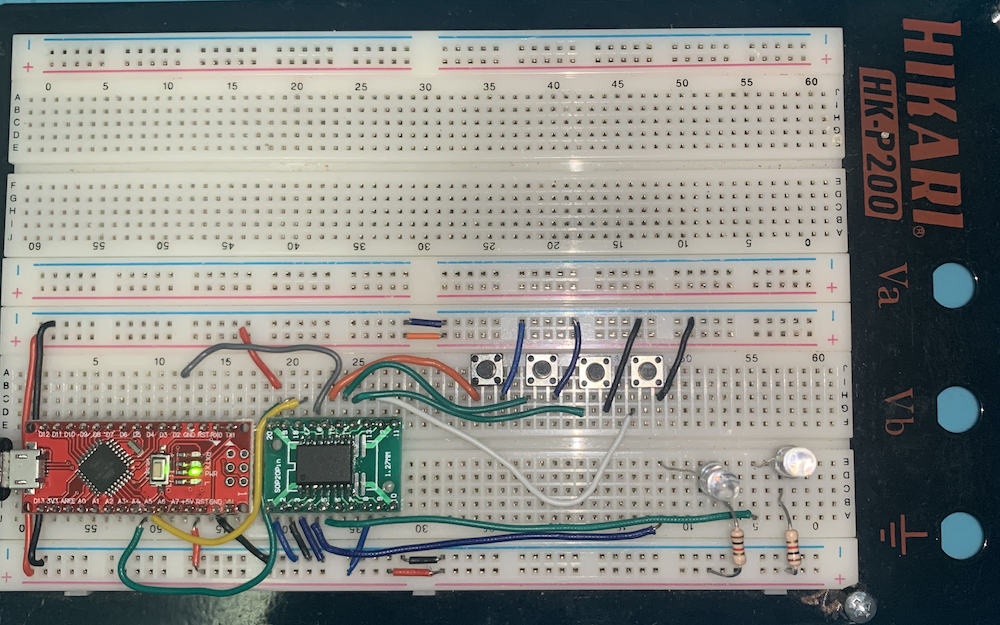 Every time a port changes its status, PCF8574 sets the INT pin to a low logic level (0). You can use it to deal with Arduino interrupts.